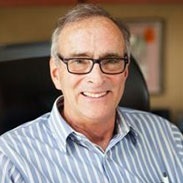 Bob joined the agency in early 2002. He brings considerable expertise in handling both insurance and surety bonds, including a 20-year stint producing and managing for a national broker's Michigan and California construction divisions. He has handled large multi-state insurance and surety accounts, and currently sits on the board of the Michigan Chapter, Associated General Contractors of America. Bob has written for and spoken before numerous industry groups including AGC, CFMA, MACPA, and IRMI. He holds a B.A. degree from the University of Michigan. Bob plays basketball in two Detroit Athletic Club leagues, (and hates it when people say, "Wow, you're still playing?")